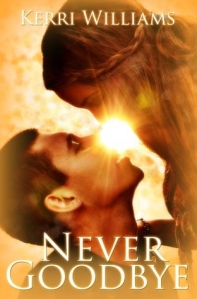 If you had one chance to be with your soul mate, would you fight for it?

Sometimes the hardest fight isn’t finding love, sometimes its fighting against the ticking clock of your life.

Stalked by the shadow of a foreboding disease, seventeen year old, Harper Kennedy finds herself starting a new life in Albany Missouri. With a ticking time bomb, a wall of quotes, a shell of a father and a brother who has no one else, Harper tries to get life in order for those she may be leaving behind.
But fate is cruel when it delivers temptation in the form of
Vaun Campbell into her life; Vaun who is kind and sweet and completely out of her league on so many levels. How can Harper find love only to have it ripped away so soon? How can she put Vaun, who has faced more than his own fair share of loss and grief in the past, through all that again?
…How can she not?
Vaun Campbell has been to hell and back again after losing his mother. He has seen the way disease destroys the ones he loves…has seen them fade before his eyes. He never thought he’d find someone to bring the sunshine back to his life until he laid eyes on Harper; the graceful girl he watched float across the dance floor, who stole a little piece of his heart forever.
So Harper must fight for more than just her life, she must fight for her little brother, her father and for Vaun; who promises her a future.

I was kinda afraid to read the book cause I figured I’d be crying me a river again… but no, you might tear up here and there, that’s it. It’s a story about Harper who is about to fight her battle with cancer, but before she does, she goes and meet kind and sweet and hot Vaughn, her soulmate. She didn’t want to put Vaughn, who lost his mom with the same illness, through another grief… but sometimes, you just have to trust in faith and love.

I love how Vaughn stepped up for Harper…. I love Harper’s spirit on surviving. It’s a light read… no irritating character. It could have have been better, more angst maybe? But all in all, it was alright.  I give it 3 stars.