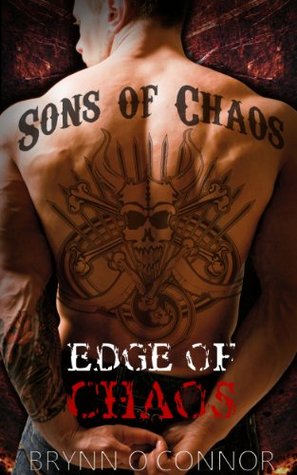 Luke Madsen loves women, he loves his bike, he loves his country, he loves his MC. Kayla’s too good for him, she’s better than that lifestyle. She’s sworn off bad boys and bikers forever and she won’t go down that road again. But when ex-Army Ranger and VP of the outlaw Suicide Kings MC ends up in her Emergency Room all bets are off. His muscular physique, tolerance for pain, and bad ass attitude instantly break down every wall she ever put up. The tattoos inked on his back, arms, and chest tell the story of a truly ruthless and unforgiving life—especially the 130 red and black hash marks lining his biceps, each a shred of his blackened soul. How could she fall for a criminal, an outlaw, a biker who’s caught up in drugs, gangs, gun running, and murder? Their chance meeting is only the beginning and falling for him is the worst mistake she’ll ever make.

★★✩ STARS I’d love a good hot biker romance story…. and sad to say this one is not one of those. Kayla, her character is not consistent. First, she sounded like she wanted to embrace the biker world… she went through a lot! Luke had given her a choice and she chose his world. After all she’s been through all the acceptance and the training, she suddenly couldn’t decide what she wants, the once tough character I liked about her was gone. Luke, I wanted so much to feel for him but I don’t know why I just couldn’t. I feel like his character wasn’t built solid enough for me to relate to him. The story is all over the place and it felt like it was never gonna end. And it never did. Will the story continues on the next book? I have no idea. Hotness factor? It was close to none, well, it didn’t work for me.. 😉

Cover is hot though. Will I be reading the next one? Maybe.   By Casperfitz