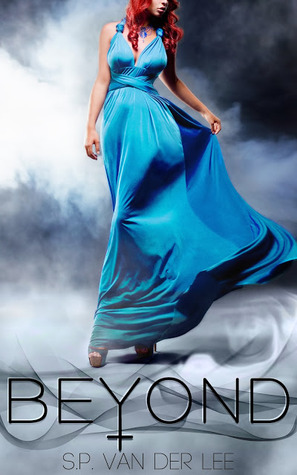 Sixteen-year-old Raven desperately wants to fit in, but after using a Ouija Board, her already overwhelming hallucinations take a turn for the worse. A ghostly figure named Sam begins to haunt Raven and seems eager to kill her.
She’s saved by a reclusive biker named Damian who goes to the same school and appears to have an interest in her. Raven can’t help but feel drawn to him. Determined to uncover Damian’s connection to the ghost, Raven sets out to discover his secret and the reason Sam started haunting her. However, there’s more at stake than just her reputation. Raven’s choice between unveiling Damian’s true intentions, and living a normal life will put everyone she cares about at risk. To save them, she’ll have to go beyond.

Lives are ruined.
Hearts are shattered.
Death lurks at every corner

Finally this ends my dry spell of unsatisfying fantasy novels! I loved the plot! I can’t help but get hooked into it as the story unfolds. I especially liked the revelation near the end, the bit concerning Raven’s recurring nightmare.

The YA romance part was quite sweet. The attraction between Damian and Raven was very palpable but not so much that it overtook the story. I didn’t quite like how it ended with Simon, relationship wise. Why do people always have to end up with someone?

Character wise, each and every one had his/her own imperfection. Out of them all, I think I only liked Damian (it could be that I’m partial to character with name starting with “Da…” being a VD fan and all LOL). Raven’s friends were down right mean and rude. Raven herself was far from perfect. Why did she think she had the right to be mad at Simon? Raven’s mom was weird. Why didn’t she come clean right from the start? Why did she let Raven to go to the party if she’s so paranoid?

It didn’t exactly end with a cliffhanger but there were many things still unanswered, eg. why did Sam fixate on Raven? Looking forward to the next book!

ARC received from author in exchange for an honest review