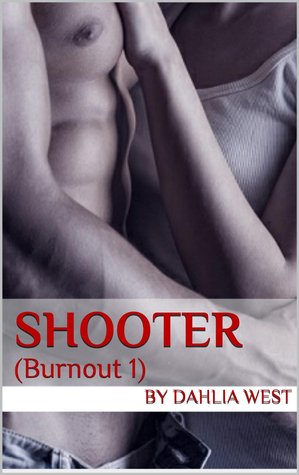 Chris “Shooter” Sullivan has returned to his home town of Rapid City, South Dakota to pick up the pieces of his life shattered by a roadside bomb in Iraq. He only wants to focus on holding what’s left of his old unit together, running his garage where he builds custom bikes and cars, and pretending that his murdered father’s motorcycle gang doesn’t exist.
Hayley Turner is a young woman with her own traumatic past. Fresh off the bus from Nowhere, USA, all she wants is a job and a place to live, until it’s time for her to leave again. She doesn’t want to make friends, or enemies, least of all the ex-Army Ranger who obviously doesn’t like her. She bristles under his watchful eye. He’s even got her convinced she’s bad news.

But circumstances force two people who don’t need anyone to need each other more and more. The more Chris gets to know Hayley, the harder it is to stay detached. And the more Hayley gets to know Chris, the more she realizes she’s been alone for so long she might never recover from it.

Hayley (a.k.a. Sarah) is constantly moving from one place to another, hiding from a dreadful past. She didn’t make friends, she always kept a low profile. Till Shooter.

Shooter (a.k.a. Chris) an ex-army ranger, runs his own garage, called Burnout, together with his friends from his old army unit. He didn’t trust Hayley in the beginning, but seeing signs of abuse… based on Hayley’s reactions and based on his experience, he sees what she is running from… he became her friend and protector.

I love that they started off as friends. Both characters will definitely grow on you… though Hayley can be sometimes just a bit irritating.

Written on both Hayley and Shooter’s POV.

I enjoyed this book… It started off slow, nothing pretty much happening… but the banter between Shooter and his friends made it worth the wait… You will love Shooter, Tex, Hawk, Easy and Doc. (I get confuse sometimes when they switch from their nickname to their real name). Together, they are a whole bunch of funny.

Then when things started to happen, it continued it’s momentum to the end. Hot sex, romance, suspense, funny moments and just the perfect ending…