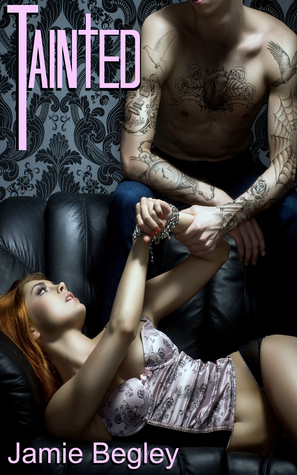 Kaden Cross had it all: money, fame, and women, but he lost it all in one night. One night that would forever change him. Forced from obscurity and into the limelight as the lead singer of the band Mouth2Mouth, Kaden returns to the lifestyle that almost destroyed him. The last thing he wanted was to find a sexy drugged out redhead waiting for him in his bed. Finding out that she’s the victim of a sex slave ring, puts Mouth2Mouth in peril, because the only way to save the woman he’s started to love, means denying her the one thing she wants the most. Freedom.

Sawyer has had one dream her whole life, to escape the smothering love of her mother and a life of poverty. Her goal was just within her grasp when her world is turned upside down. Kidnapped and drugged, she is given to a man she knows nothing about except that he holds her life in his hands.

One night, and two lost souls with tainted lives, find a love strong enough to reveal a secret that just might kill them all.

Kaden, a famous rock star lead singer of Mouth2Mouth was forced to return to limelight, to a lifestyle that he swore off, the drugs and women. But when he found this beautiful drugged out redhead in his bed… his first instinct is to throw her out, but when he learned she is a victim of a sex slave ring, he will do everything to protect her.

Sawyer thought she was finally saved when she landed on Kaden’s room after being kidnapped and drugged…. she just wants to go and find her best friend and only family, Vida, and start the life they planned together… till Kaden changed her plans.

Jamie Begley’s books, does NOT disappoint. To continue with the first book… this time with Sawyer’s story.

Sawyer’s character is stubborn, generous, kind and a bit temperamental. I understand her need to get away and find Vida. Yet confused that she is drawn a lot to Kaden. She does have no problem speaking out that lands her on a lot of trouble.

Kaden is  hot! He is still haunted by his tragic past….. and he will do everything to keep Sawyer. And yeah, he is into dominance and submission… and he is about to teach Sawyer about that.

This book is steamy HOT!!!!

Written under both POV’s. There is definitely lots of action… suspense… funny…. romantic….. and lots of spanking!!!! One of those I couldn’t put down once I started reading! And that little surprise in the end, love it!

The scene in the limo with Sawyer, Ax and Kaden??!!!

And the epilogue in the end, that was perfect.

I said it before and I’ll say it again, I love how the characters from other Jamie Begley books connects, specifically with this book, The Last Riders. Which was quite a surprise, a genius!!!! Yet, you don’t have to read the other series to read this one, but for those who does, you know what I mean… 😉

And that snippets about Knox and Lilly book? I can’t wait!!!!

One response to “Tainted (The VIP Room #2) by Jamie Begley”