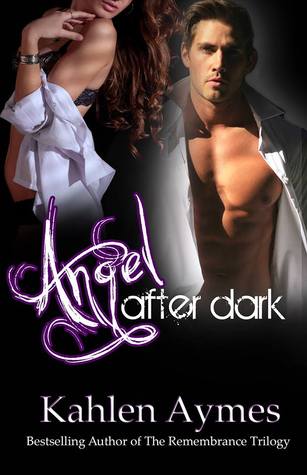 Book one of the After Dark, Series

Dr. Angeline Hemming is a beautiful, sassy, no-nonsense type of girl who has risen from a difficult past to become one of Chicago’s most successful and respected criminal profilers. In exchange for free commercials to promote her favorite charitable causes, Angel answers calls and gives relationship advice on a Friday night radio program.

Alexander Avery is a gorgeous and successful corporate genius who doesn’t believe in love. When his girlfriend-of-convenience calls into Angel’s program, he is furious with the show’s host who doles out (what he considers) blind advice, without knowing all the facts… and he decides to give her a piece of his mind, and his side of the story!

When Angel informs Alex he’s the one in need of a much-deserved lesson, all hell breaks loose as these two type-A personalities battle it out for control over minds and hearts, and yes, in bed. Not only are they fighting each other at every turn, but they are also struggling to uphold the convictions they each live by.

It’s unclear who is stronger, but both must discover that to get what they desperately want, they may have to give a little… or a lot.

Dr. Angeline Hemming, beautiful and sassy, is a respected criminal profiler. In exchange for a free commercials to promote her favourite charitable cause, she answers calls and gives relationship advice on a radio program.

Alexander Avery is a gorgeous successful corporate man who doesn’t believe in love. He believes on mutual arrangements that suits both party. Like his girlfriend of convenience, he gives her what she needs, which is money, and they enjoy each other. Nothing more. Till his girlfriend called Angel’s program telling her own version of their relationship…. and Alex, jumping to his own conclusion as to what advise Angel gave, he decides to give Angel a piece of his mind.

And the battle begins.

It’s more like Angel didn’t like Alex’s lifestyle when it comes to women and she vowed to not fall into his charm and finding it hard to do so, while Alex won’t stop till he gets what he wants, and that’s Angel. Angel though is scared of getting hurt.

Character wise, I would have like Angel, sassy, no-nonsense, knows what she got and is not afraid to use it attitude…. but, she is a too blasé when it comes to men.. blaming that on her job…. but yeah, for me, it was just way over the top. Then she sometimes acts out like a spoiled brat.

I love Alex, he does find his way to get what he wants but in a quite romantic way. And he definitely is persistent.

It’s hot, romantic and then there’s that danger twist which adds more spice in the story. Written in both POV.

I know it says book 1, so it’s expected that the story doesn’t finish in this book. I definitely will want to read the next book.