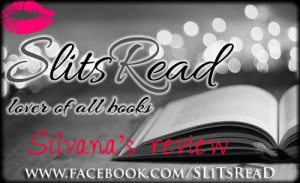 Circe Quinn goes to sleep at home and wakes up in a corral filled with women wearing sacrificial virgin attire – and she is one of them. She soon finds out that she’s not having a wild dream, she’s living a frightening nightmare where she’s been transported to a barren land populated by a primitive people and in short order, she’s installed very unwillingly on her white throne of horns as their Queen.

Dax Lahn is the king of Suh Tunak, The Horde of the nation of Korwahk and with one look at Circe, he knows she will be his bride and together they will start The Golden Dynasty of legend.

Circe and Lahn are separated by language, culture and the small fact she’s from a parallel universe and has no idea how she got there or how to get home. But facing challenge after challenge, Circe finds her footing as Queen of the brutal Korwahk Horde and wife to its King, then she makes friends then she finds herself falling in love with this primitive land, its people and especially their savage leader

I really do not read fantasy, Really don’t but this series sucked me in and book 2 proved to be everything I want in a book, seriously one of my favorite reads!

I never really understood why KA’s books seemed like a rite of passage for most readers, I read a few of them  when I needed a light read but never did get the adulation,  now I do. I am now on a quest to read every book she wrote or will write!

Circe wakes up to the worst living nightmare in a place so different and a life that is nothing like she has ever seen or lived  in Seattle- Being paraded in a WIFE HUNT, she gets chosen By Dax Lahn and so their story begins. The book did not lag, it was fast paced, at times uncomfortable to read. It portrayed a savage land and a savage life but it was a gorgeous one as well where our two main protagonists  manage to find a rainbow but not till after much struggle. Their connection was amazing and they gave up so much to be with each other.

Dax Lahn is one of the sweetest heroes and at the same times an alpha, strong and basically manages to be an asshole at times! He made so many concessions to be the man for Circe but does screw up from time to time. I loved how words in a made-up language sounded  hot when he was whispering them To Circe!

Circe was a pleasure to read, loved how when Dax screwed up, she did not forgive him easily! She had to overcome a lot, whether the language barrier, the harsh living conditions as well as the different traditions.  She managed to do so beautifully and in the process fell in love with the land, the people and their leader!

Circe : “Lahn told me that when he claimed me, even in the moonlight, he saw my spirit shining in my eyes and it was the most beautiful thing he’d ever seen. To me, he was raping me. To him, he was receiving a gift he’d treasure always. This is a contradiction that it is difficult to come to terms with and although it does not heal the pain we felt, a memory seared into our brains, the terror we experienced, I cannot say it does not provide just enough balm to allow me to live with it.”

This book was a great escape,  I am falling in love with the whole series. Hoping the next two books are just as awesome as this one.

Kristen Ashley was born in Gary, Indiana, USA. She nearly killed her mother and herself making it into the world, seeing as she had the umbilical cord wrapped around her neck (already attempting to accessorise and she hadn’t taken her first breath!).

Kristen grew up in Brownsburg, Indiana but has lived in Denver, Colorado and the West Country of England. Thus she has been blessed to have friends and family around the globe. Her posse is loopy (to say the least) but loopy is good when you want to write.

Kristen was raised in a house with a large and multi-generational family. They lived on a very small farm in a small town in the heartland and existed amongst the strains of Glenn Miller, The Everly Brothers, REO Speedwagon and Whitesnake (and the wardrobes that matched).

Needless to say, growing up in a house full of music, clothes and love was a good way to grow up.

And as she keeps growing up, it keeps getting better.

Filed under A Must Read, Kristen Ashley