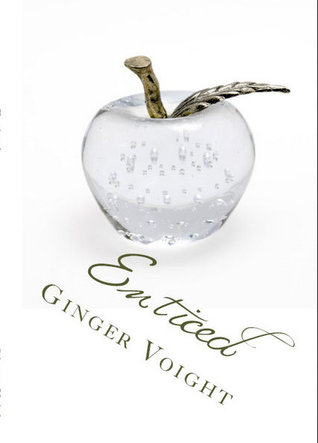 Rachel Dennehy had a crazy thought. If she could just start over somewhere else, she could forget about all the ghosts that chased her. When an email landed in her inbox, to tutor a difficult student whose father just happened to be a prominent businessman, the apple was a bit too enticing for Rachel to refuse. She moves to Beverly Hills, where she is tasked with turning around young Jonathan Fullerton’s bad attitude, one that stems directly from his parents’ ugly divorce and even uglier custody battle.

That Drew Fullerton is one of the handsomest and most eligible bachelors in the world means nothing to Rachel. Drew’s brother, Alex, however, assumes otherwise. This sets the two immediately at odds, though they both have young Jonathan’s best interest at heart. Unfortunately the more he tries to warn her away from Drew, the closer he ultimately propels her toward her charming boss.

Rachel stays solely to protect young Jonathan, trapping her into this sticky web despite her own history of loss and betrayal. How long will she last? More importantly, what will she be required to give to save these Fullerton men who continually tug her in three different directions?

The saga begins with the first book, titled “Enticed,” in a trilogy of three, full-length novels to be released over three months in early 2014.

Ginger Voight turns up the angst in this series with a hot triangle between two very different and very appealing brothers. Who will get their HEA? And which one will pay the ultimate price for love?

Those who can’t abide triangles, cheaters, cliffhangers or tragedies, are encouraged to proceed with caution.

So far I have never read a Ginger Voight novel that I didn’t like…. and guess what? She never disappoints!!!!

Is there anything I don’t like about this book? Absolutely nothing!

Rachel, still being haunted by her painful past, received an email from a prominent businessman Andrew Fullerton, to tutor his troubled son, Jonathan. Seeing this as an opportunity to change her life, a break she desperately needed… she took the job. What she didn’t expect was that she would be dealing with the Fullerton family saga while protecting Jonathan, the 9 yrs. old child that is caught in the middle of it all.

Rachel Dennehy’s character is classy, sincere, humble, outspoken, strong and huge heart. She is definitely one of my favourite female character in a book!

Jonathan Fullerton is the sweetest, loveable, unspoiled, most innocently and confused and most hurt beautiful boy who dealt with his parents ugly divorce and is still dealing with their much uglier custody battle. My heart goes out for him!

What I love most about this book is the bond between Rachel and Jonathan, how Rachel protects, love and teaches Jonathan about life.

Then there’s Andrew, a.k.a. Drew… I was definitely rooting for Drew and Rachel… he would do anything to get what he wants but I didn’t know to what extent he will do to get it!

While Drew’s brother, Alex, seems to be full of hate against Drew and thinks the worst in Rachel… so many times I just want to just shut him up!

You will hate and love the Fullerton brothers.

Once I start reading I just couldn’t put it down. It is intense, edgy, emotional and full of surprises! And since this is just the start of the first of the trilogy, it’ll leave you wanting for the next book!

Most excellently written and written in Rachel’s POV.