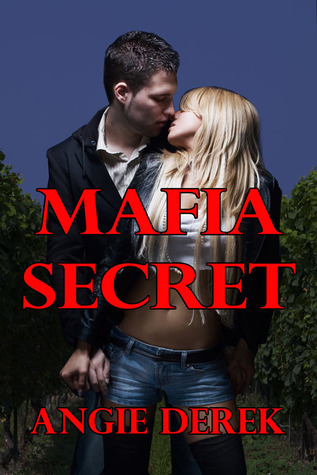 Lessa Noelle grew up never knowing she was the illegitimate daughter of a mafia king pin. After his murder, she finds herself a surprise heiress immersed in the dangerous world of organized crime with only the guidance of Marco Santo her father’s second in command to help her.Marco searches for her father’s killer and tries to keep the realities of his life from touching her. An uneasy attraction blossoms between the two. An already dangerous situation turns volatile when a killer turns his attention to Lessa.

The blurb : Alessandra Noelle a.k.a. Lessa never knew that she was an illegitimate daughter of a mafia king who’s dying wish is for her to meet the family. Marco, works for Lessa father and he is sent to escort and protect Lessa while searching for her father’s killer. While Marco can’t seem to stop touching Lessa… he didn’t want her to be a part of his dangerous world. But it is too late when the killer turns his attention to Lessa.

While I enjoyed reading this book, I find it quite too short though and everything happens really fast! And had this been my first mafia romance book, I would probably, maybe, give this a higher rating.

Lessa character is very easy, none of those irritating unreasonable female characters… given she didn’t really know what the business was at first, she pretty much avoid getting herself in danger.

I love how Marco tries to protect Lessa and how he tried to avoid not getting her involve despite how much he wants her… he is bossy but the perfectly hot bossy way.

The plot is quite interesting…. there is action, danger, mystery, some humour and of course, romance. I don’t wanna go through the story cause then I would just spoil everything.

It isn’t quite antsy for me… I had my theory on who the killer was, it wasn’t so hard to figure out so when the revelation came, I was only a little bit surprised. And again, it ended soooo fast, I’m like, that was it? Oh well….

It is well written and under Lessa and Marco’s POV.

If you want a light, short read, mafia romance… I definitely recommend.