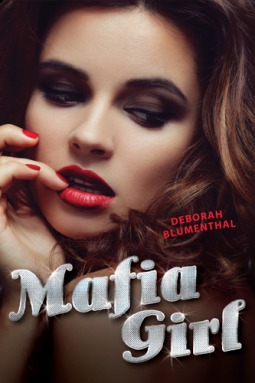 What’s in a name? Everything if you have my name.” At her exclusive Manhattan high school, seventeen-year-old Gia is the most hated/loved girl in school. Why? Her father doesn’t have a boss. He is the boss–the capo di tutti cappi, boss of all bosses. Not that Gia cares. But life gets complicated when she meets a cop she calls “Officer Hottie” and feels a suprising chemistry. Then Vogue magazine wants to feature Gia in a fashion spread about real-life bad girls. On top of this, she’s running for class president. Can Gia step out from under her dad’s shadow and show everyone there’s more to her than “Mafia Girl?

Click on the picture below to pre-order your copy now:

This story is about Gia, 17 years old daughter of a mafia boss, not just any bosses but the boss of all bosses. At her exclusive Manhattan high school, half of the boys in school are afraid to walk near her, and the other half swoon after for their own sick reasons, which gives her the dubious distinction of being the most hated/loved girl in school. Then one day, she and one of her best friend Ro decided to cut school to go shopping when they were caught for DUI, speeding and no license by an officer named Michael, a hot rookie cop. And from then on, Gia can’t stop thinking about Michael.

I enjoyed reading this book… it is an easy read and I find quite interesting. This is not a love story but there is the love angle between Gia and Michael. This is Gia story, living a privilege life, going on exclusive school, with classmates who hate her because of who she is… all in all, it’s about how much being the daughter of a famous mob boss affects her life.

Gia is 17! Yes she might appear spoiled or childish with the way she talks but in a way, she is spoiled and young…. but she is smart too. And I love that her father despite who he is, also teaches her about responsibility and tells her that her life is gonna be different.

Though I find Gia’s action sometimes quite reckless… like her going alone at night, knowing who she is, to chase after Michael.. whose action towards her didn’t really look like his that into her but she says so otherwise. But again, she is 17 and learning….. She kinda reminds me of the movie “clueless” except she doesn’t say “as if” and all that…

And another thing that I love is her friendship with Clive.. then there’s Clive’s issue with his parents. his life being rich and fabulous but lonely and sad.

I love how the story ended too…. it shows a lot of promise on Gia’s future.

So, all in all, I think it’s a lovely read… I’d classify this as YA… written under Gia’s POV.

Thanks to the publisher, Albert Whitman & Company, through Netgalley, for the ARC….