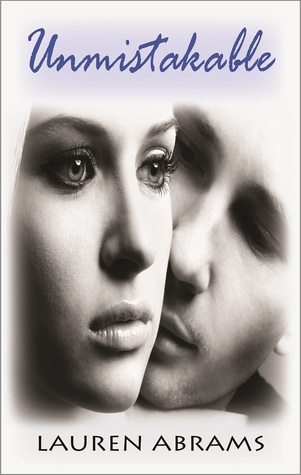 I hate him. I hate his stupid, laughing eyes, and his stupid, magnificent body, and the stupid way he looks at me and takes away all of the not-completely-insane parts of myself. The few I have left.

I hate everything about him, but I can’t ignore the truth lurking underneath the haze of my anger, beating its unmistakable rhythm: I want to stand in his fire. I want to be consumed.

After a tragic crime leaves her physically and emotionally damaged, eighteen-year-old Stella Granger struggles to come to terms with the collapse of her idyllic life. Desperate for anonymity, she escapes to Greenview College, exchanging charity balls and pastel cardigans for frat parties and black leather boots.

Three years later, she’s finally managed to put the pieces of herself back together. Holden Evans, her absurdly handsome psychology professor, might be the most annoying person she’s ever met, but he’s a welcome distraction. In fact, Stella can almost forget that Luke Dixon, her brother’s best friend and the man who saved her life, ever existed.

Luke, the rebellious son of a British billionaire, hasn’t forgotten about her. When a chance meeting threatens to unearth long-suppressed secrets and desires, the battle lines are drawn.

The universe may have conspired to bring them together, but Stella’s gotten pretty sick of near-death experiences and she doesn’t want to play Luke’s treacherous games.

However, she may have underestimated one tiny truth—need beats want. Every single time.

I thought this was going to be a teacher-student romance novel… but it isn’t really. After  a traumatic incident, Stella is left physically and mentally damaged…  one of her ways of coping was changing the way she looks, from a country club girl to a goth girl, from blond hair to black, black boots and all. After three years of struggling from her past,  she is slowly able to put herself back in pieces. Then came her handsome psychology professor, Holden Evans… she finds him annoying but also a welcomed distraction. He made her almost forget Luke Dixon, her brother’s best friend and the man who saved her life…. almost! But not quite. Specially since Luke just happens to be her TA.

I find Stella’s character sarcastic, feisty, funny, and yeah at times irritating. And I felt bad  with the way Luke  would treat  her. Though I find her character smart, when it comes to Luke, not so much. But I guess when your love is so extreme, everything else goes out the window. And you cannot say she gives up easily. I have to give her credit for that.

Luke is a bully, he is an ass when it comes to Stella. I liked him and didn’t like him… well, to start with I just really didn’t like him. The way he would hurt Stella,  he’ll go and tell her “you are infinitely beautiful” and then after he’d call her “monster”… I mean what the hell!!!  Though at the end of the book, it is all explained the “why’s” of the way he  acted.

Now Holden on the other hand I really liked. I could not blame  that he would get attracted to Stella… he finds her beautiful and smart and she challenges him….  plus they enjoy each others company. I like reading their scenes together. And I like that he is a no nonsense kind of guy.

The plot is quite interesting… it got me crying for the sad part. And it is edgy.

That said,  I did feel like there was something amiss. Maybe it’s cause I felt it ended in a rush? Still, it was an interesting read. It is written on Stella’s POV… but, you will have a glimpse of Luke’s POV at the end of the story.
By Casperfitz.