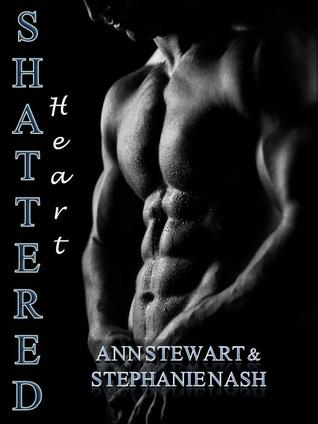 After allowing Alexander James to walk out of her life, Elyssa Hart falls into a dark spiral of deception, submission, and grief. In Alex’s absence, the determined Oliver Prescott has the opportunity to win over Elyssa’s affections. But, when untimely events bring Alex back from New York sooner than expected, Oliver soon realizes that battles of the heart are not easily won.

Coming home to an empty house, an empty heart, and a constant reminder of heartache is just the tip of Alex’s troubles. He not only has to vie once again for Elyssa’s heart, but also show her a sense of security that’s been destroyed. Can he rebuild the foundation they built before he left or has he lost her for good?

Alex’s return coupled with Oliver’s advances has Elyssa not only stuck in a triangular love affair, but caught in a web woven so tight by Arianna Salerno. Alex’s past, constant threats, and a relentless watchful eye are only a few tools in Arianna’s bag of torture as she pushes Elyssa further and further away from the only man she’s ever loved.

Jointly reviewed by Nancy ( CASPERFITZ) and Silvana, Seriously wish we can include all these conversations (rants) we had about this book but they do contain a lot of spoilers.

Elyssa, you are killing us! Stand up and fight girl!!!!  We get you but you are driving us insane, if you want him, fight, stop leading both Alex and Oliver on!

Arianna, you are the evil of all evil….  We still don’t know what is wrong with you, what is your problem? Obviously you are obsessed, insane and pathetic!

Oliver, we admit we never did like you much…  Now we just feel sorry for you, you need to move on!

And Cole, grow up, man up and leave Elyssa alone! There is an incident in the book which leads the reader to believe that Cole may have woken up and realized the folly of his actions, unfortunately this is not to be.

Alex… We hurt for you! Elyssa is quite lucky… you deserve better!

Elyssa and Alex’s  saga continues with Arianna, the villainous mastermind behind many cruel events that take place, and she wants Alex for herself… She is not above using any means to get Elyssa to leave Alex or else!
Their story is FRUSTRATING! Reading it made us so angry and yet at the same time were thoroughly captivated, there was this need to keep going in order to find out what happens next.

Most of the time we were getting whiplash by Elyssa… It was exhausting being in her head; There is  however a  light at the end of the tunnel, where things are  finally moving to where we feel they should. Throughout the novel, she was beyond frustrating! At times there is sympathy for her and then our empathy turned into anger at her hypocrisy and weakness. We knew our anger towards her at times was irrational, due to the circumstances that lead her to behave the way she does, just cannot help feeling disappointed in her.

Elyssa~~~“I don’t think there’s anything left to give you. I love you, but right now, love isn’t enough.”

We think the sign of a good author is the extent in which they make you connect with a character, whether positively  or just wish they are cut into a million pieces, the latter is how we feel towards Arianna- The authors succeeded in making her the most hateful character we have come across.

This book will intrigue you,  it will rile you up and it’ll break your heart… It’ll make you fall in love with Alex more.  Just like the previous book, the epilogue will suck you in… looking forward for what’s next!
All in all, we say BRILLIANT! Most of the time you are reading this, your feelings will range from frustration to anger coupled with hope. This reads like a soap opera full of intrigue, angst, love and betrayal.
Written in Elyssa and Alex’s POV. The little we get of Alex’s POV will make you admire him so much more, his loyalty and love of Elyssa know no bounds.
A big thank you to Stephanie and Ann for the ARC, We can’t wait for the third book because we trust that…