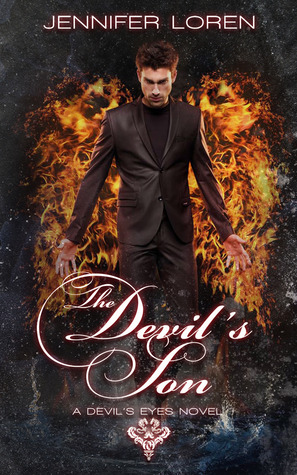 Chief of Police, Brady Simone is determined to go after the man that killed his parents but his new brother-in-law, Nicholas Jayzon, is doing everything he can to point him away from the man known as “The Barron”. The Barron, or rather, Dennis Savage, has inflicted his own kind of evil on people for longer than anyone can remember. Savage has no fear because no one can touch him, no one can get near him … except Nick. With darkened tenacity, Savage has watched Nick since he was a child and has never given up on his pursuit of him. He will do anything to have Nick join him and become a part of his organization. Savage will even allow Brady Simone to pursue him for a time, without killing him. For the sake of his sister’s happiness protecting Brady is important but keeping Savage away from his sister is Nick’s primary goal. If Savage learns of Lena, she will instantly be marked for death. Nick has no choice but to meet Savage in his own territory and ask for a favor, something he has avoided at all costs until now. Their meeting is ominous. It brings back memories and rekindles Savage’s desire to have Nick take the place where his father once stood. Will Nick be allowed to decline Savage’s offer again? Or will Nick find killers on his heels, ready to take his place in Savage’s favor? Or will Savage simply kill everyone that gets in his way and replace his desire for Nick with the only one that can replace him – Nicky?

“Savage’s voice cuts through my pain and releases me, allowing me to finally see again. To see Nicky hiding under the table, crying for his mother while Eey stands guard in front of my son with a ferociousness that even I wouldn’t dare go near. But it is Kayla that begins to weaken by his hands, slowly closing her eyes and beginning to near death while I can do nothing but watch. I have no choice now …” Nicholas Jayzon.

Could this series get more complicated? From a mafia/ganster-romance and now with a touch of paranormal.. either way, it’s a win win for me, cause I love both!And though I never thought it would lean that way, I use to wonder what’s up with those eyes that can scare and paralyze enemies?! Now I know!

In this series, Nick tries to save Brady who seeks revenge for his parents killer who just happens to be Nick’s biggest fear, Dennis Savage, a very evil man who has been pursuing Nick since childhood if not for Nick’s father. And it means he has to ask Savage a favour to leave Brady alone, but demons don’t give free favours do they? At the same time, Nick has to make sure Savage will never learn of Lena and Ryan…

Approaching Savage brings back old memories, memories of his not so normal childhood, his parents, about Ryan and Lena, his brotherhood bond with Luke and Elija, about how he started working himself to the top to where he is now, about his first love, Franky…. and the first time he saw Kayla. This series also shed new light about Nick’s father.

I was curious about Franky when she was mentioned on book 2. It is definitely good to finally know the extent of her relationship with Nick. Though she might be Nick’s first love, I really don’t feel their connection together or maybe there is but just a slight one…. that she was innocent and chases after Nick and Nick feels protective of her, and she makes Nick feel good about himself…. plus they were quite young then. Or maybe it’s just me, though it’s quite obvious she’s no competition to Kayla. And she did save Nick.

Now, the now 6 years old Nicky, how’d he grow up so fast? Huh! Anyway, he couldn’t be any cuter than ever…. a mini-Nick, following his dad’s swagger?, and defending his mom… adorable.

But what’s up with that dog Nicky saved? Did Nicky do that?

This book takes you back to the past in order to move the story forward. Dennis Savage definitely makes a most hateful and powerful enemy by far!!!

Though it is not as action pack as the previous books, but the suspense is full-on. And It makes a more interesting read knowing Nick’s past. My rating is based on how much I enjoyed this book and I loved it. Ms. Loren certainly knows how to write such powerful endings that leaves you  uncertain and wanting to read the next book. An intriguing and addictive series!