The Seer by Ariel MacArran 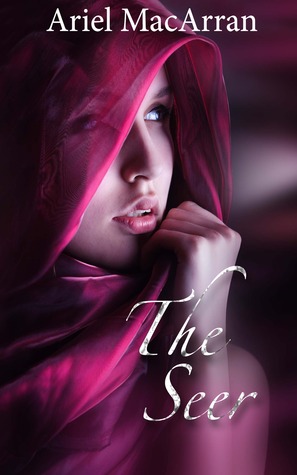 Discovery means death but Arissa risks everything to save Fleet officer Jolar’s life. Repaying this telepath means saving her from execution and Jolar strikes a bargain that will spare her life. In return, Arissa must join him on a dangerous mission and use her telepathic abilities to help him uncover hidden forces that threaten the Tellaran Realm.

Jolar will do whatever it takes to clear his life debt to Arissa. The only thing he absolutely cannot let himself do is fall in love with her . .

Confusing to start but unputdownable towards the end

This started out really confusing. There wasn’t enough world building or any basic info. I double checked the GR blurb, the front of the book, the back of the book.. etc. It felt like I was missing a prequel or a book one. Then it wasn’t till much later that I found this “The Seer is a stand-alone novel but it takes place in a universe (The Tellaran Realm) where one already published book (Stardancer) takes place”. That explains it. I urge you to read that other one if you felt as lost as I am.

It might be because of the lack of info that I didn’t feel any connection to the characters nor do I believe in their romance. BUT, the story really did pick up about half way. THEN, it’s really unputdownable, lots of action and intrigue. A lot of it had to do with crazy Jasa. She was completely delusional, but she wasn’t alone. She did so much for Jolar, or rather using him to her own advantage.

I didn’t like Jolar at the beginning, how much he kept from Arissa. But, he resurrected himself at the end, in a really big way. It went against what he was taught his whole life. It just showed how much integrity he had, and how much he was in love with Arissa.

The other character that I really liked was Kemma. She’s not your normal ornament (yes, what a strange word for an occupation, but i digress). She’s clever and fierceless. Arissa’s journey would be much worse if it wasn’t for her. I was glad that they found each other, even if the chances for that was next to nil.

I wouldn’t mind reading more of Jolar and Arissa story, if there were more.