The Art of Breathing (BOATK 3) by TJ Klune International Giveaway!

The highly anticipated book 3 in TJ Klune’s BOATK series, The Art of Breathing is coming June 16th. I for one can’t wait for this book. So in celebration of the release and Pride Month we want to giveaway a paperback copy of the book to someone. Contest runs until the last day of Pride festivities, June 29th. The contest is open internationally. Good luck!!! 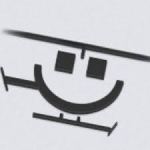 The Art Of Breathing (BOATK 3) by TJ Klune

Tyson Thompson graduated high school at sixteen and left the town of Seafare, Oregon, bound for what he assumed would be bigger and better things. He soon found out the real world has teeth, and he returns to the coast with four years of failure, addiction, and a diagnosis of panic disorder trailing behind him. His brother, Bear, and his brother’s husband, Otter, believe coming home is exactly what Tyson needs to find himself again. Surrounded by family in the Green Monstrosity, Tyson attempts to put the pieces of his broken life back together.

But shortly after he arrives home, Tyson comes face to face with inevitability in the form of his childhood friend and first love, Dominic Miller, who he hasn’t seen since the day he left Seafare. As their paths cross, old wounds reopen, new secrets are revealed, and Tyson discovers there is more to his own story than he was told all those years ago.

In a sea of familiar faces, new friends, and the memories of a mother’s devastating choice, Tyson will learn that in order to have any hope for a future, he must fight the ghosts of his past.

Congrats to Mr Klune who is the Lambda Literary Award Winner for Best Gay Romance.

25% off all TJ Klune books with Dreamspinners Press for a limited time.

This giveaway is brought to you by Slitsread.