The Promise (The ‘Burg #5) by Kristen Ashley Review! 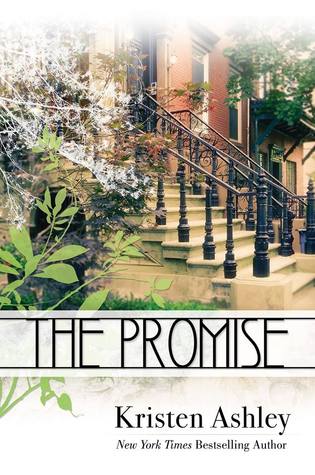 Since his brother’s death, Benny Bianchi has been nursing his grudge against the woman he thinks led to his brother’s downfall. He does this to bury the feelings he has for Francesca Concetti, his brother’s girl. But when Frankie takes a bullet while on the run with Benny’s cousin’s woman, Benny has to face those feelings.The problem is Frankie has decided she’s paid her penance. Penance she didn’t deserve to pay. She’s done with Benny and the Bianchi family. She’s starting a new life away from Chicago and her heartbreaking history.

But Frankie has more demons she’s battling. Demons Benny wants to help her face. But life has landed so many hard knocks on Frankie she’s terrified of believing in the promise of Benny Bianchi and the good life he’s offering.

Frankie’s new life leads her to The ‘Burg, where Benny has ties, and she finds she not only hasn’t succeeded in getting away, she’s doesn’t want to

3.5 Stars ( for the epilogue alone which was pure KA) 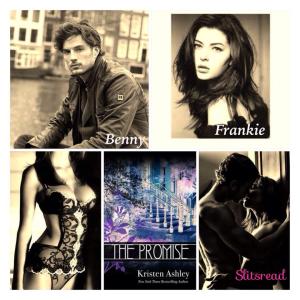 When I first read the Benny and Frankie scenes in At Peace, I was beyond excited to read their story

However I started reading this and I was like this

When reading the Benny and Frankie scenes in At Peace, I saw in these two the promise of an explosive angsty connection. I do think that Benny and Frankie are great together in their own book, but reading how their relationship progresses in The Promise was disappointing.

This novel is slow, there’s hardly any discord, no angst and given the nature of their relationship all these years, you would expect a lot of conflict. Frankie forgives Benny and his family way too easily- after the way they treated her all these years, no one would blame the girl for harboring a bit of resentment and lashing out. I know this was meant to portray Frankie’s inner goodness, but even Mother Teresa would have wanted to throw in a few harsh words.

I love Kirsten Ashley’s books and no matter how long they are, there were times I wished a few books of hers would go on even longer. This was not the case with The promise, it drags and the majority of it are Benny and Frankie together, followed by more Benny and Frankie with nothing much happening. The drama towards the end at Frankie’s work place feels forced, like it was thrown in to create much needed conflict- it didn’t help. I actually put this down and read another book in between.

The highlights for me are the appearances by Joe Callahan, pure magic. The epilogue is AMAZING, I always look forward to reading those at the end of KA’s books, she’s in a class of her own when it comes to writing moving, uplifting epilogues.
ABOUT THE AUTHOR

Kristen Ashley was born in Gary, Indiana, USA. She nearly killed her mother and herself making it into the world, seeing as she had the umbilical cord wrapped around her neck (already attempting to accessorise and she hadn’t taken her first breath!).

Kristen grew up in Brownsburg, Indiana but has lived in Denver, Colorado and the West Country of England. Thus she has been blessed to have friends and family around the globe. Her posse is loopy (to say the least) but loopy is good when you want to write.