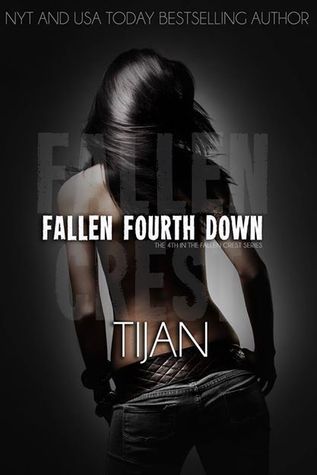 My mother tried to destroy me. She doesn’t exist to me anymore and my father, the one who raised me and the biological one, are both works in progress. The only two people that I can trust are Mason and Logan, and they’re the two people who I could lose. It won’t happen. I won’t let it. No matter the truth, no matter who loves me, I won’t let anything or anyone come between us.
They’re my world. They’re my life.
They’re my family.

Click here for the other books of the series :

I love Tijan’s style of writing…. she has this way of instantly getting me hooked in the story and characters involved… and there is always a lot of edgy angles and angst involved… well, specially in this series.

That said, much as I really loved and enjoyed this sequel, I did not find any difference to that same scenario as the previous ones, it’s like a merry go round. I was hoping for something different or more maybe. But I guess it wouldn’t be a Fallen Crest High series if there was none of those dramas between bullies and bitches involved.

I did love that the spotlight was turned on Logan for a changed, in a sort of kinda way since Mason is separated from them! I absolutely LOVE him! The things that comes out of his mouth can sure make me laugh!

“It’s for you to pay the fee. No one enters Logan’s Arena of Awesomeness without paying my interest rate. Don’t worry. It’s only sex percent.” – Logan

In this sequel, I got to realized the bond formed between Logan and Sam… which makes my heart smile… 😉

While Mason and Sam’s relationship is being tested…. and despite the distance, their relationship is still, in fact, unbreakable. Definitely sigh worthy… makes my heart aflutter. 😉

“No one will ever be you. All roads lead to you, Mason. No one else matters because I’m always going towards you.” – Sam

Mason is still the man. He is still in his cool and in control character. While Sam, well, there are things she does here that just doesn’t make sense to me. She sometimes act mature and yet be so immature. 😀

But there is more to this story than just Sam, Mason, and Logan. Cause remember Nate? The fourth member of their supposedly “Fearsome Foursome”? Well, let’s just say, he carries the title “fallen fourth down”. No spoiler, so I won’t say no more about that!

There were scenes that I wish to do without or had about enough with, like Marissa, the girl “obsessed” with Mason, is back in the picture. But I guess she served her purpose in the story too.

All in all, another engrossing and mesmerizing sequel…. and the drama continues!!!!