Pre-Release: Off Campus (Bend or Break #1) by Amy Jo Cousins

Everyone’s got secrets. Some are just harder to hide.

With his father’s ponzi scheme assets frozen, Tom Worthington believes finishing college is impossible unless he can pay his own way. After months sleeping in his car and gypsy-cabbing for cash, he’s ready to do just that.

But his new, older-student housing comes with an unapologetically gay roommate. Tom doesn’t ask why Reese Anders has been separated from the rest of the student population. He’s just happy to be sleeping in a bed.

Reese isn’t about to share his brutal story with his gruff new roommate. You’ve seen one homophobic jock, you’ve seen ’em all. He plans to drag every twink on campus into his bed until Tom moves out. But soon it becomes clear Tom isn’t budging.

Tom isn’t going to let some late-night sex noise scare him off, especially when it’s turning him on. But he doesn’t want any drama either. He’ll keep his hands, if not his eyes, to himself. Boundaries have a way of blurring when you start sharing truths, though. And if Tom and Reese cross too many lines, they may need to find out just how far they can bend…before they break.

Warning: This book contains cranky roommates who vacillate between lashing out and licking, some male/male voyeurism, emotional baggage that neither guy wants to unpack, and the definitive proof that sound carries in college housing. 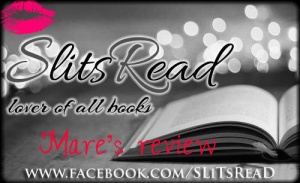 1st off Thank You Samhain Publishing via Netgalley for a copy of the e-book.

Secondly that cover… O.M.G… that cover is HELLA… HELLA HOTT. I wanna hug it and squeeze it and sleep with it. That’s how much I love the cover. Because the model… I don’t know who is he but he reminds me of someone who I fell in love with this summer, Zach from BB16. (Big Brother 16).

So this story was my Zach story where he wasn’t just bi-curious but totally ended up with his guy. Gah. This cover. Gets 5+ Send Mare into a lust induced coma stars.

The overall story I enjoyed. I liked the concept, the story line, Reese, the slow burn angst.

DUDE. Get over it. Was pretty much my mantra. 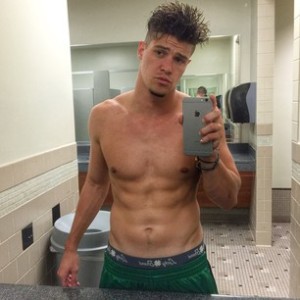 (anyone else see the resemblance or just me????)

It got to the point where I kinda wished that the story was in Reese’s POV. I really wish I knew his story more in depth.

This was my 1st Amy Jo Cousins book, but Goodreads advised me that she has many a books that I will totally get to.

I liked her wording, the way she spun the story, and of course Reese.

It is the 1st story that I haven’t DNF’d in weeks so, I thank you Ms Cousin from the bottom of my heart for resurrecting me back.